Changing the Culture that Protects Violaters 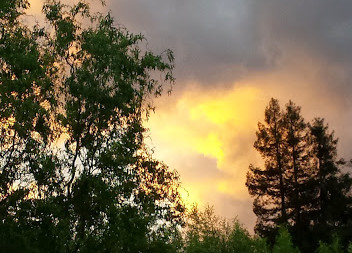 NOTE: I wrote this piece for Douglas County Moms two and a half years ago. I didn’t plan to be this raw but I poured out myself and survived. If it helps one other person survive I have done what I needed to do. This is my #MeToo

Andy Warhol is credited with the quote, “In the future everyone will be world-famous for 15 minutes.”  I wonder if being infamous adds to one’s allotted time.
Jim Bob and Michelle passed their 15-minutes years ago but they crossed over from fame to infamy yesterday.
When the news hit that their oldest son Josh Duggar engaged in predatory behavior with his sisters, reactions ranged from disgust at his behavior, anger at his parents for what appears to be a cover up, to elation for those who have been rooting for this family to fail.
I’m not in any of those camps. The camp in which I reside isn’t focused on this family as much as it is the culture in which they’ve openly engaged. The practice of their faith has deeper roots in a misguided movement I’m all too familiar with and as things have unfolded I’m not surprised at how this latest controversy was handled.
I was 11 years old when our family was introduced to Bill Gothard and his Institute in Basic Youth Conflicts (later changed to Basic Life Principles). We attended conferences full of marriage and parenting advice doled out by a man who’s never been married and isn’t a parent. To parents at a loss to raise a healthy christian family the teachings laced with Scripture were convincing. In this culture bible verses were spoon fed to us rather than encouraging us to truly know the Father heart of God. The principles held enough truth to make sense but in practice the root of these thoughts weren’t healthy.
As it turns out, Gothard stepped down last year over allegations of sexual misconduct that dates back to the days I sat in a large arena, taking in the the words and illustrations of a man whose life off the stage was shrouded in secrecy.
Behind the secrets were victims who were threatened to remain  silent. The gatekeepers became more concerned with the reputation of the “ministry” than the victims. With the amount of information available I have yet to find an avenue taken to insure healing and justice for the victims.
As I unpack the layers of the Duggar controversy I’m left with the available information – which by it’s nature is hard to trust –  as I filter it through my own story. I can deal with what I know but taking it at face value is the biggest challenge.
I don’t just have big feelings here, I have big questions.
How much do we blame on the Duggars and how much do we put on the culture they chose to be a part of? A culture full of teachings that taught us to ignore our own instincts and trust the voice we saw as authority. Who are we really protecting when we choose to say silent in the name of protecting the victim?
My story happened when I was in my early 20s. One night I arrived early to a church wide volleyball league. As I sat in my car, the director of the association’s recreation program approached. He was familiar to me and because our church was big on hugging I wasn’t on guard as he reached in my window.  What I thought was going to be a hug turned out to be a violation. A friend arrived shortly after, I was disgusted and distraught. I couldn’t stay for the game,  I drove home and told a family member.  A few days later we told my father who immediately made an appointment with the head of our local association.
Retelling the story was humiliating enough but the response from the director took it to a different level.
He began by telling us that he believed me but if we took it public it would be my reputation that was compromised.
My integrity would be on trial.
He spoke as if it was me we were protecting.
He talked us out of taking action to protect the association and to insure that the reputation of our denomination was safe.
Like the above cases, the victims are silenced, told to move on, encouraged to remain silent. We are expected to heal on our own. A few years later I found resources to get past the assault and allow the process to shape me. I’ve not just survived, I’m thriving. Sadly, that’s not the case for everyone.

Bill Gothard’s influence no doubt has it’s place in this story. The “principles” woven into the fabric of every family who followed his teaching are coming into the light in the saddest of ways. Every family has issues, I get that, but the road out isn’t found by circling the wagons. Shame grows in the shadow of secrets and healing can’t take place by hiding in the dark. Only when we allow the light of truth in can we expose the shameful things.

I can’t speak to the level of repentance Josh Duggar has taken part in, I can’t judge his remorse. I don’t know if or how his sisters have healed. We really don’t know everything there is to know about the steps taken by Jim Bob and Michelle. We never will know the whole story, I’m not sure we should.
What I can speak to is the need for a drastic culture shift. When position overshadows the needs of those we are meant to serve, we all lose. When we protect those in the place of influence we perpetuate the abuse. We allow the abused to believe lies about themselves.

This isn’t limited to religious institutions or people who claim to be speaking God’s Word.

This is about any structure that ranks the needs of those with power over the powerless. Protecting those in power to protect the power structure will only bring weakness over all.

This story will fade into obscurity as these things usually do. We will forget this tale but I hope we’ll remember the lessons. I pray that we’ll learn not to cover up any more but to unveil the path to healing.

Those girls will not forget it and for their sake I hope they’ve found real help to heal. There are real young woman in this story who need more than anything to feel safe and valuable and unashamed. More than anything, they are the ones we should never forget.

This article originally posted at Nrtoday.com.