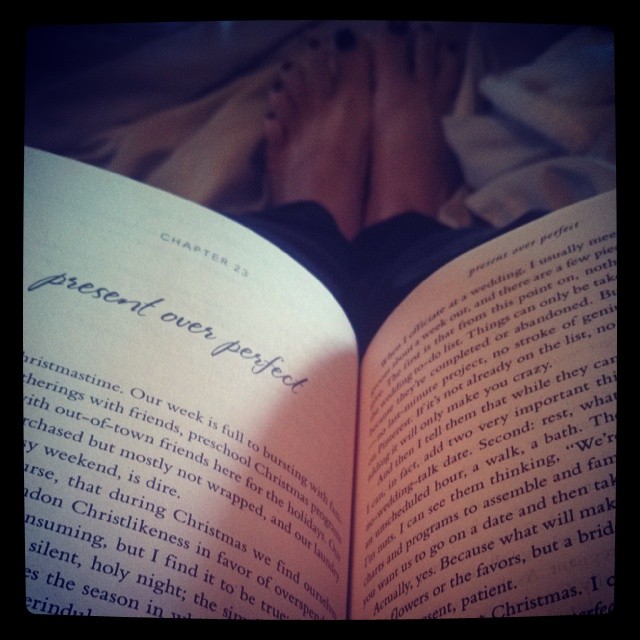 It was a month into tenth grade. I was at my fifth school in five years. Using tactics I’d observed from the most popular girl in our youth group, I desperately tried to make friends.

I do mean desperately.

This was a four year christian high school and I was way behind in the race to fit in. My desperation came out as obnoxious. The harder I tried, the lonelier I became.

The day I sat behind a boy in class as he read a note circulating. It was about me. Glancing over his shoulder I read every word. I choked back burning tears until the bell sounded. I darted to the bathroom, followed by a classmate who held me while I sobbed uncontrollably.

In the note it mentioned how I had called one of the girls and “warmed her ear” for half an hour. She went on to repeat the advice she had given.

Oh how I wanted to be myself and have that be good enough.

By the age of fifteen our family had already moved from one side of the country and back. We left the day after 6th grade ended. I was glad to have a fresh start. A place where no one knew the “hyper” kid who wore too much purple, talked too much and chased after boys to fill the need for validation.

It didn’t work. I didn’t pick up much in the way of social skills and being put in a brand new christian school, I was the only 7th grader in a one room school in the basement of a New England church. I changed to a public school for 8th grade before we moved back the West Coast, 20 miles from where I’d grown up. It might as well have been a thousand.

Every year for five years, from the age of twelve, I had to start over. Even as the new kid, no matter how hard I tried, I couldn’t measure up.

As newlywed in a brand new state and a small church with a conservative circle of women, it didn’t get any better.

As a young mother I didn’t discipline enough, breastfeed enough, give enough naps, feed the right food or turn off the tv enough.

Nothing I did was ever enough.

What I desperately needed to really know was that God is enough. I didn’t need to just hear it but I needed to believe it. I needed those around me to live it out.

It’s been a long road since then. No matter how much healing has taken place, my mind still finds its way back to the life of “not enough”.

As long as I judge myself, as long as I let anyone judge me, I will never be enough.

When I don’t completely rest in the One who knows me and loves me most, I will never measure up.

This week as I wrote in my bible journal, I was struck by Paul’s words to the church in Corinth (1 Corinthians 4). He told them he wasn’t swayed by their judgment or even the judgment of the courts. He went on to explain that he didn’t even see the value in judging himself because God was the judge he found to be trustworthy. At verse 5 he says, “Therefore judge nothing before the time, until the Lord comes, who will both bring to light the hidden things of darkness and reveal the counsels of the hearts. Then each one’s praise will come from God.”

Oh, to be content with the praises of God. As we firmly rest in the beauty of His love and grace, He becomes our “enough”. While we are drawn to the contentment of His presence over our performance we find the essence of who He is and who we are in Him.

There is freedom in bringing praise to a God who sees me through the life of His Son. Grace means something when my spoken or written words are poured out at His feet in an act of worship instead of a desperate attempt to add to my worth. His judgment flows through a filter of grace and not through the eyes of man.

The love we share becomes unconditional because His love and truth never wavers. His love is unchanging. Every day becomes a Sabbath rest to the soul that seeks Him.

So here I am, finding myself secure in His love. Leaning into Him with His grace and love and beauty. The more I am in Him, the more He is in me I find that He is my enough.

This is where I truly find the strength to be myself and that too is enough.