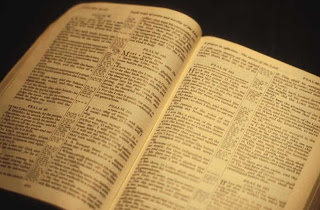 My Mom’s bible is a treasure to me. It is well used and when I find passages underlined I am drawn in. Yesterday, while reading Luke 6 my eyes caught three highlighted paragraphs. Knowing that I was following the previous post this couldn’t be an accident. I was exactly where I needed to be.

The passage begins at verse 27   “But I say to you who hear: Love your enemies, do good to those who hate you, 28 bless those who curse you, and pray for those who spitefully use you.” (Luke 6:27-28, New King James Version) The NIV says “mistreat you”.
I honestly believe that many of us resist forgiveness because we would be required to do the above. He tells us to do it any way. He doesn’t single out Christ followers but clearly, those of us who are truly following Him are going to live by His teachings.
So what about this thing we call forgiveness? Why are we afraid to forgive? Its my experience that we don’t completely understand what it means to forgive. Many think it means that the offender is no longer held accountable. Others think it means to forget. That’s not true. What it means to forgive someone is making the decision not to serve up the offense again to  myself or to that person. To no longer hold something in my heart against them doesn’t mean it won’t cross my mind. It means I won’t spend time dwelling on it or thinking of ways to get revenge. I’m certainly not going to spend time discussing it with others if I have forgiven.
Do I have to forgive? Further into the same passage (and yes, its highlighted)  36 “Therefore be merciful, just as your Father also is merciful. 37 “Judge not, and you shall not be judged. Condemn not, and you shall not be condemned. Forgive, and you will be forgiven. 38 Give, and it will be given to you: good measure, pressed down, shaken together, and running over will be put into your bosom. For with the same measure that you use, it will be measured back to you.” (Luke 6:36-38, New King James Version)
Nine years ago this month, while visiting my cousin, The Princess was taken during a carjacking. I was knocked down by the van door and watched helplessly as my cousin was ran over twice. The sight of her laying motionless on the ground, seeing the van drive off with the back hatch and both side doors open, knowing the entire time that Alli’s carseat was unbuckled was nothing less than torture. The trauma brought on by the unthinkable is still part of me. Certain things can still trigger a physical response inside that I can’t always explain. So, no, I won’t forget what happened that day.
The dilemma to forgive brought me to this question, does forgiving mean he shouldn’t be held responsible? It doesn’t mean that at all. He broke the law (many actually) and had to pay for his heinous actions. But if I didn’t release it in my heart, I would have been the one who actually ended up in my own personal prison. I wasn’t willing to do that. If I held onto it, it wouldn’t have punished him. It would have only served to torture myself and those around me. There is no benefit to that.
Do you have someone or something you still need to forgive? Are you willing to give it over to the God who has forgiven you?