A Passion for Healing 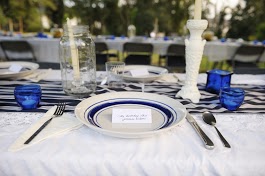 I won’t do it anymore.

No…I can’t do it anymore.

There is something that has been building in me for a long time and although I have not arrived, I feel as if I’ve turned some kind of corner. There is something rising up in me that can no longer stay silent. I sense it in my brothers and sisters as well.

Over a year ago our pastor encouraged me with these words. He said “Jemelene, I see in you the passion to fight for the underdog. You have the desire to stand up and make sure that everyone is heard.” He is right, it is in there but there are so many times I don’t let it out.

Pride? Probably. It is pride that believes it is on my own merit that I can achieve anything and in turn find my worth. When Scripture tells us in James 4:6 “God opposes those who are proud. But he gives grace to those who are not.”, His grace saves me. If I continue to rely on my own knowledge, my own strength and on the approval of others, I’ll miss His grace.

Over the past few years I’ve met some beautiful people both online and off. Gorgeous souls who are both seeking and finding what the beauty of Christ holds for them.

Friends who dare to question what God wants from them as well as posing the question “Where are you?”.

Women who’ve had their lives shattered by the sin of others.

Those who find the daily trials of life to be too heavy.

Those who have decided to follow God instead of man’s version of Him.

God’s creations who would have dined with Jesus in the home of questionable individuals, sat at His feet, drank wine and broke bread from the same loaf.

I’ve become weary trying to fit the definition of a “good Christian” (although some now argue that there is no in between, if you aren’t good you aren’t one). The debates over what holidays I’m supposed to shun, what worldly practices I’m supposed to denounce and who I should be criticizing for their choices they make in their lives.

I’m done. That in itself has left me a bit undone.

This leaves me in the awkward position of hanging out with those who don’t approve of me because I’m never quite spiritual enough. The other option would be to reach out to those who Jesus would be seen with. After all, Jesus had some pretty harsh words for the religious leaders who knew the law but followed it in action only, not with the intent of loving God with all their heart. The things I want to do are the things Jesus was criticized for over and over.

Now I want to sit at His feet like Mary. I’ll have to let the “Marthas” complain that I’m not where I should be (I’ve already heard it). Better yet, I can make a place for them to sit and learn at the feet of the Master right next to me. I want to make a place for them too. I want to open my table for those He puts in my path. Let us not exclude those who don’t think, dress or act like us. Could we, the Church, please stop separating ourselves into subsets according to denomination, leadership models, family makeup and parenting styles? Can we stop making excuses for being unkind or judgmental or just plain arrogant?

Maybe it’s time we pray for each other instead.