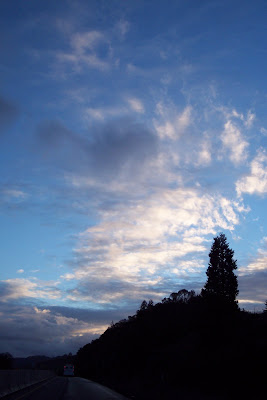 I find it fascinating that even though Jesus performed miracles in front of the disciples, they were still astonished when He rescued them from trouble. What also moved me was the fact that when He made use of the 5 loaves and 2 fish to feed the masses, He had drawn away to mourn the beheading of His cousin, John the Baptist (Matthew 14).
There are times when I used to find myself paralyzed by sadness. It covers me like a dark cloak as the depression weighs in on me. My early adult years were plagued with emotional turmoil both self induced and the heaviness that life sometimes brings. At the age of 19 one of my closest friends was in a car accident, her husband of six months was killed and she suffered severe brain damage. A year later, I entered an emotionally abusive relationship just to escape the pain of loss from the accident. My downward spiral had begun. Somewhere between then and now my ability to cope with emotional pain has changed drastically. This was one of those miracles that took time.
In the above passage, after the disciples were rescued in their boat from a rain storm, Jesus honors Peters request to allow him to walk on the water with Him. As soon as Peter takes His eyes off of Jesus he starts to sink. Jesus responds, (vs 31 NIV) “You of little faith,” he said, “why did you doubt?” As they climbed in the boat, the disciples responded by worshiping their Lord.
That’s the way its been for me. When I begin to look around at the storms in my life I sink. Sometimes its a slow descent and at other times I am flailing all the way down. The most important thing to note is that when I return my eyes to His loving gaze, He gently pulls me to safety. He rescues me from myself. That doesn’t mean that He takes away my circumstances. It means that He strengthens me while I am in them.
In Matthew 17 He tells us that even with the tiniest bit of faith, we can command mountains to be tossed in the sea. How many times He has delivered me from the mountains of grief, fear, doubt and pride. The number of mountains He has moved in my life is countless. I firmly believe that He has also allowed me to walk over some of those mountains. In Psalms 23 He tells me that He walks through the valleys with me as well.
This year was in many ways a valley year. It started off that way. My mother ended her 11 year battle with Parkinson’s Disease the first week of January. There are days that I miss her so much I can barely breathe. This was followed by employment turmoil as the Coffee Guy worked 800 miles away this summer due to the local job drought. I felt myself sinking on more than one occasion only to feel that gentle hand lifting me back up, ready to move forward.

What mountains are you facing today? Bitterness, unforgiveness, hurt, pride, fear and doubt are just a few of the mountains I can think of that keep us from moving forward. Are you willing to allow Him to move it for you? You don’t have to be a giant of faith (I am certainly not). You need only turn your eyes toward Him believing.