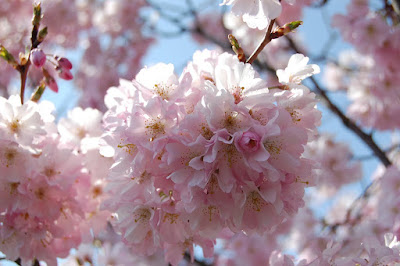 Just now, as I finished reading four updates from CaringBridge, a website for families to share their medical journeys with friends  and families, I felt an overwhelming sense of gratitude. A sense that I must admit, I wasn’t feeling earlier this evening.
With this Year of Lasts, comes transitions into a different phase of motherhood. Mother’s Day takes on a whole new look and feel. There really isn’t time for brunch when your child’s new job requires that she serve brunch to her patrons. We didn’t attend church as a family because she wanted to attend her own home church with her boyfriend who returned from out of state this week. Our family meal was not just the four of us but the boyfriend’s family too. Of course, it was my second Mother’s Day without my own mother which was harder leading up to it because the numbness from last year is now gone.
Then I read four updates from Mother’s who all have very different stories to tell of Mother’s day. First is Holly Mcrae whose little girl Kate is fighting a deadly brain tumor. She and her little girl are alone getting treatments in another state while the rest of the family tries to find some “normalcy” in life.
Next is Tami who woke up to alarms on her daughter’s pump this morning. They have spent nearly three years fighting a mystery illness that has meant months at a time of hospitals. Since Madalyn can’t eat, Mother’s Day meal will not involve every child in the family.
Chelsea is still seeking a diagnosis for her son as she raises him by herself with numerous seizures a day. Almost losing Ezekiel last month is still fresh in her mind.
There is Chris who spent her first Mother’s Day without her sweet Sammie. Osteosarcoma took this brave girl at the age of 12 after a valiant three year fight. During this fight, Sammie began a charity to provide bunnies at Easter for other sick children. This year hundreds of children had something extra to cuddle thanks to this beautiful soul.
Besides all of those, my friend Sue-Ellen lost her only son in a military accident about three years ago. Mother’s Day is the hardest day of the year for her. It is beyond my ability to even imagine the pain she experienced on this day.
So as I had headed to bed, feeling as if this wasn’t what I had hoped for in a Mother’s Day, the Lord used His gentle, loving way to draw me in and hold me in His arms. He returned my focus to where it should be and reminded me that I was right where he wanted me to be.

Always,
Hope
PS: Please remember to pray for each of these families and the thousands like them who battle medical issues everyday but still have the courage to carry on!