The Coffee Guy has been writing down his thoughts about this trip.


Day 4 Sathy Pastors Conference
Months of planning and prayer brought us to Monday and the first of 3 Pastors Conferences presented by Real Hope Ministries and hosted by local Pastors. By 10:45 the rented Conference Hall above the local bar in downtown Sathy was nearly full with fervently worshipping Pastors and church leaders from the surrounding area. Most all came by bus and some as far as 3 hours away. The conference which was scheduled to start at 9am really didn’t get going until 10ish, which I am told is typical to Indian lifestyle. (Plan something for a particular time knowing that it won’t happen or start ½ hour to 1 hour later).
Pastor Bebin, a Pastor from a surrounding area with a wonderful voice led us in corporate worship—these people love to worship! Though I don’t understand Tamil yet, certain words already stand out; YEASU—Jesus also RAJA—Lord, so as we have been worshipping in different places I hear these most often. 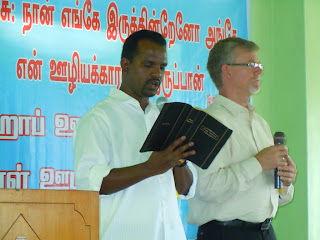 Because of the time delay Ravi and I improvised on how best to deliver the scheduled three 1.5 hour teaching segments. So just prior to the teaching time, we decided two sessions would be best. The first lasted two hours which covered the basic fundamental doctrines of the faith. Beginning with Genesis 1:1 showing that The Creator declares Himself to be the God of Abraham, Isaac and Jacob—the God of the living not of the dead—no others besides Him. Using only the Word we exhorted 100+ Pastors to teach and preach in their churches using just Word of God. The responses and comment we received were almost overwhelming. Some had tears they were so thankful.

The second session covered the man of God being in the Word of God, and the characteristics of a servant leader. I spoke to them as a fellow pastor that we are called to shepherd the flock of God, not to lord over them that we are to lead, not drive them. We also touched on false teachers and to be on guard for the flock. This particular part was received very eagerly. 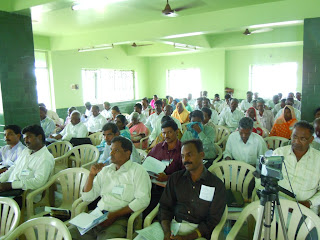 Pastor Mani (pronounced money) was the first pastor in this area that he had not heard teaching and preaching like that in over 40 years! A whole generation. A whole generation of pastors not equip in the fundamental doctrines of the Bible…I am grieved that the need is so great. 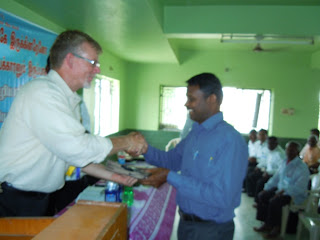 We are praying on a more comprehensive teaching for next year…there is NOTHING like this for these dear faithful men and women. God protect them till we return…

Day 5&6 Ooty and Coimbatore
Ooty
The drive to Ooty was amazing. Another steep hairpin laden mountain assent to the once occupied British colonial resort took 2.5 hours. At every turn the scenery was breath taking, truly amazing. I exhausted the battery in the camera. This area is well known for its tea farms/orchards/plantations. I am not exaggerating when I say they stretch for hundreds of sq miles. Pass after pass, valley after valley, stretching as far as you eyes will let you see. Nestled inside these well manicured forests are tightly packed colorful villages of the tea pickers. Dozens and dozens of villages checkered among thousands and thousands of acres of incredible beauty. When you see it from the vantage point of mountain, it must be the world’s largest well kept garden. 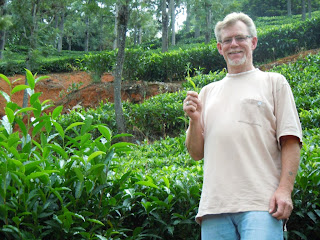 I am not used to seeing monkeys when I drive…but here its normal, cracks me up. 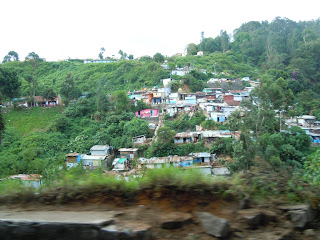 When we got to Ooty I was surprised how big the city was, seeing it was such a treacherous drive…but this is India…there is no small city. You see the remnants of the British Empire at its zenith with its pronounced red and white architecture and deteriorating wrought iron fences and gates. 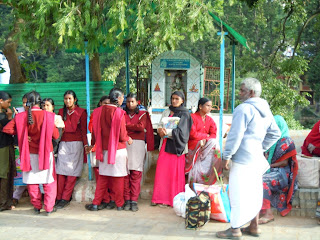 We came to shop and we did, fast and furious. We also came for food…Chinese food. It was a quaint and clean restaurant that once housed something Britishy. Ravi asked, “Well how is it?” to which I replied, “Tastes like Indian Chinese food” But it was the hottest Chinese food I have ever had, ask Ravi!

Coimbatore
Coimbatore is a Huge city. Ravi said, “When we in India talk about traffic, this is what we mean.” It is off the chart. I have taken photos and videos that will only explain half at best. One way to describe it is orderly chaos. How it is that road rage isn’t a serious problem here is amazing. Mere inches between you and traffic—on both sides and front and rear. Ask last year’s team.
Shopping was intense. Ask last year’s team. 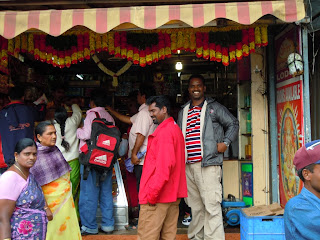 Real Hope Ministries started in a small corner of the globe in one forgotten village, ministering to their most basic needs in the hopes of reaching them for Christ. With the Love of Jesus and obedience to His Word they are fulfilling the call to “go to a place that I will show you” and “if you have done it unto the least of these you have done it unto me.” 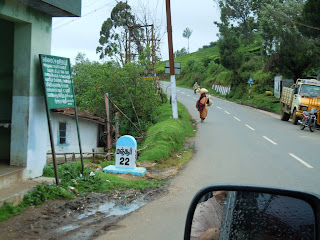 I believe we are witnessing a possible new chapter being written for Real Hope Ministries. To help train and equip these pastors to be obedient to 1 Peter 3:15 and Ephesians 4:11-12 that they may disciple many to do the work of the ministry. We pray to the Lord to send workers into the field…

Day 8 Tribal visit
I awoke to the sounds of the Hindu call to prayer at 6 am.
By 8 am we were ready to head over to the first village that Ravi visited almost 6 years ago. I was instructed to sit in the back seat with the window up for the 45 min drive to Tribal visit. Ravi informed me of the strong Hindu strong hold on a stretch of the road leading to the village. It’s Friday, which for Hindus is their holy day and as we drove you could see and hear celebrations in and around the many temples large and small. (I have been here for 7 days and in every city, town and village I have been in I have seen dozens in each. Ranging from the most ornate and elaborate to the simplest. In one tribal area a huge tree in the center of 3 or 4 villages serves as their temple. This tree is amazing—it has to be 200+ years old—older probably.)

As we pulled up you could see group of thatched huts surrounded by a fence of vertically woven sticks and twigs; this was straight out of National Geographic. The kids began to come out with the biggest smiles and most joyful expressions. It had been a month since the Real Hope team had been there last and the whole village was eagerly waiting faithfully scheduled visit—this time I was with them.

They greeted Ravi and I with flowers around our necks and a joy that cannot be put to words. Ravi and the team have been faithful to keep coming back as well to not promise them anything they could not do or perform. They have been faithful to the call of ministering the least not expecting anything in return. In being faithful in the small things, they have garnered the trust and love of this all but forgotten community.
The Tribal Indian culture is strange, if you can gain access to a village, which is nearly impossible they will allow you to interact with their children. Though the village parents won’t be with the kids while you sing, play games and talk to them, they are watching very closely to what you are doing. The strategy is to love these kids with the love of Christ. By providing for their physical needs—schooling, clothing and hygiene and faithfully visiting them every single month; reach the kids—win the village.
Today I was able to share a simple message; Genesis 1:1 “In the beginning God…” I talked simply that this all powerful God loves them very much and He knows them all by name and He has made away that they may know Him. I asked the question and Ravi translated, “do you want to know His name?” to which they all responded, “Yes”. I said, “His name is Yeasu”. Pastors David and Stephen then led them in prayer followed by continued singing and snacks.
I also had the honor of putting the knitted caps that Dorothy made for these dear ones on their little heads. They were so filled with joy not only at that but the entire visit. This village is different than the other villages that Real Hope reaches only in that it was the first one. This Village is where the Lord led Ravi to first, with that he and the team has been faithful to return time and again. They have won the village. This is where the Tribal Center enters the picture if you will—it’s time to win this generation for Christ and see how far He wants to reach.
Remember it all started with one village won to Christ…