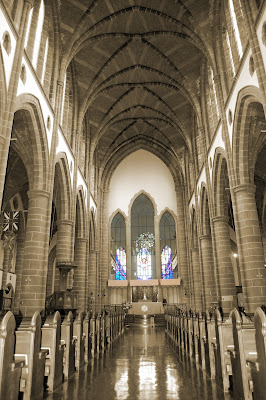 My dear friend and mentor was faced with terrible news this week. Her son-in-law was diagnosed with a serious form of cancer. Before 24 hours had passed she was already hearing comments that were not only unhelpful, they were painful. She posted the article, What Not to Say When Someone has Cancer. I read it with great interest because not only to I want to be a comfort, I’ve been on the receiving end of some of the worst comments ever.

Three weeks before my wedding my brother was diagnosed with Acute Myeloid Leukemia or AML (as if abbreviating it makes it better). Within four days he had passed away leaving our family and a small rural Colorado community devastated. We lost a brother, son and friend, Rangely lost a beloved school teacher and part time forest ranger.

The timing of course couldn’t be worse but really, there is never a good time to face death. The words “This was a really bad time for this” not only brought confusion, they weren’t at all comforting. It didn’t help that there were diverse opinion on whether or not we should postpone the wedding. What some didn’t know (and some admittedly didn’t care) was that my brother had told my Dad, “No matter what, that wedding WILL go on.” (In hindsight I think my brother knew what even the doctors were surprised by.)

My amazing Mom gave me some lasting wisdom the morning of Glen’s death. As usual, even in her own grief, she was forging ahead and doing what she did best. She was encouraging. She told me as I walked in “Put on your duck suit. People are going to say really stupid things and like water off a ducks back, you need to let them roll off”. Easier said than done but one of the best pieces of advice ever.

This is not a time for stories. It is not a time to outgrief each other or try to make them feel better by telling them how much worse it could have been. It isn’t time to quote verses or to point fingers of blame at water, food or sin. Leave the “perspective” and “it could have been worse” next to your ego right at the curb with the rest of the garbage.

To deny someone else’s perspective is to diminish the work that God wants to do in our lives. To believe that only the big lessons are worth learning will negate all of the small lessons that make our journey a step by step process. This is their journey. It will look, smell, taste and feel different from yours. Although there maybe some familiar landmarks, let them take your hand, not the other way around. Walk beside them and don’t try to push them from behind.

Sometimes the best thing we can say is nothing at all. There are times when silence is the best place to seek comfort. Ever wonder why a chapel is so often a place of refuge? A place of contemplation? A place to seek God’s face? There is a reverent silence found there. It is in the beauty of silence that friends can speak to the heart.

Over thirty years ago, barely an adult, my life took a crushing blow when my dearest friends were in a car accident. They had been married for six months when a drunk driver slammed into their car, killing the husband and causing a permanent brain injury for the wife. There were a steady group of friends who sat in the ICU waiting room, waiting to go in for a short  moment every hour.

At the funeral, as the wife lay in a coma across town, I stood outside the church not wanting to go in. One of our friends came and got me, telling me one of the guys really needed me. I made my way to the front pew as my he sat with a torrent of tears running down his face. I don’t remember saying anything. I don’t remember if I held his hand or touched his shoulder. I only remember sitting there while he cried because it was his moment to grieve.

When we follow Christ we become the Church. We become the sanctuary to wounded hearts and longing souls. We become the hands and feet of Jesus. I remember the first time I heard someone ask a crowd to be “Jesus with skin on” to a newcomer in the community. I like that because Jesus who not only held all the answers but he wrote them all still knew when to be silent. His words and everything else he did were to draw us in to full healing and intimacy. When Lazurus was dead He wept. Even though He knew that resurrection would come, He grieved with the family in front of the tomb. He never told Martha to suck it up and be strong, He wept. Quietly His heart ached with His friends.

My friend, can I encourage you to do the same? Be willing to ache with a friend. If the hurts of others is too uncomfortable to bear, may I suggest that you quietly pray from your home? On the other hand, if you are willing to push past the discomfort, to sit in the silence until the grieving one breaks it, then by all means reach out. Offer a touch or a meal or a soothing drink.

Prepare a reverent place for tears and questions. Offer the quiet cathedral of your heart so they can hear the One who comforts best of all.