How Do You Judge the Value of a Person? 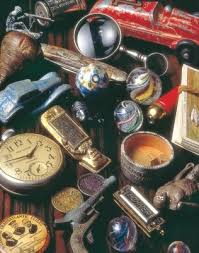 What does it mean that something has value? In the monetary sense value is based on the amount of money you can receive from an object or in exchange for a service. Value can be directly tied to what we are willing to put into it or how highly we esteem the item. If we go by Antique Road Show standards, it would depend on how rare the item is or who actually created it. If it is the latest “must have” item, many have been known to spend ridiculous amounts of money to make sure they get one for themselves. The right words from the right people can determine how popular an item will become.

Along the same line, sense of value can be lost by a negative review or opinion. It doesn’t take much to change someone’s mind when you cause fear or doubt. A local restaurant lost a large amount of business last year when a woman claimed (and it was printed in the paper) that she had gotten sick. What wasn’t made public is that she took her food to go and after a full investigation there was nothing found at the restaurant that could even hint that it came from there let alone that the food she ate was what caused her to become ill. No retraction or follow up was ever printed in the news. Even though there was no proof that the restaurant caused harm, the business suffered.
How does all of that translate to the value of a person? Is it based on what you see on the surface? Do we measure people by their accomplishments? Do we choose who to love based on what other’s say? How willing are we to get at the truth before discounting or even putting value on another person.
We have heard before that we are “wonderfully made” and I wrote about how my Creator used that to heal my heart. Lately I have been pondering and studying my worth or my value. We know as Christ followers, to God we were worth sending His Son to die for us. His love is deeper that we can fathom yet we try to add our own value system on others. We use their beauty, their reputation or what we get from them to determine their worth.
Can you imagine if we treated everyone how God treats them? What if we chose to see their worth based on His economy and not ours? Finding the truth ourselves and not basing our opinions on the experience of another.
Lately I have been grieved as I have watched people that were once close to me fall away and become distant. At the same time they have spent more time with someone that Scripture would call my enemy. It saddens me to watch as they take part in the division of relationships. I was intrigued by what Titus 3:10 has to say, “Reject a divisive man after the first and second admonition, 11 knowing that such a person is warped and sinning, being self-condemned”. I also am told in 1 John 4:20 “If someone says, “I love God” and hates his brother, he is a liar; for he who does not love his brother who he has seen, how can he love God whom he has not seen? 21 And this commandment we have from Him; that he who loves God must love his brother also.”
I can’t control what others do or say, only how I respond. I can’t make anyone stop hating me but I will choose to respond to them as Jesus did. He died for them. My choice to daily die to myself has to include choosing to bless, love and do good to them. Matthew 5:44 “But I say to you, love your enemies, bless those who curse you, do good to those who hate you, and pray for those who spitefully use you and persecute you” along with Romans 12:14 “Bless those who persecute you; bless and do not curse.”
This won’t be easy but I am committing to this path. I am one of a kind, valued in the eyes of the King to be worthy of dying for. So is the one who seeks to strip away my value with words but it just might be time to see that they are restored.
Always,
Hope